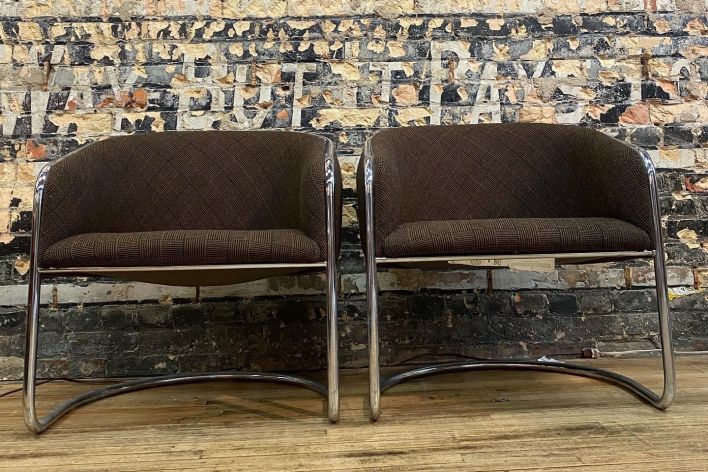 Here is a beautiful pair of cantilever club chairs by Joan Burgasser and Anton Lorenz for Thonet, circa 1972. Tubular chromed steel frame with brown wool upholstery. The design won the 1972/1973 Design in Steel Award and Joan Burgasser was Thonet’s head of Marketing at that time. As a key figure in the rise of modern tubular steel furniture, Lorenz’s importance stems not only from his furniture designs, but also from his patented inventions and successful entrepreneurial ventures. Both chairs are comfortable and in good original condition. The wool fabric has a subtle modern design. Overall this pair of chairs are in very good original condition. $550 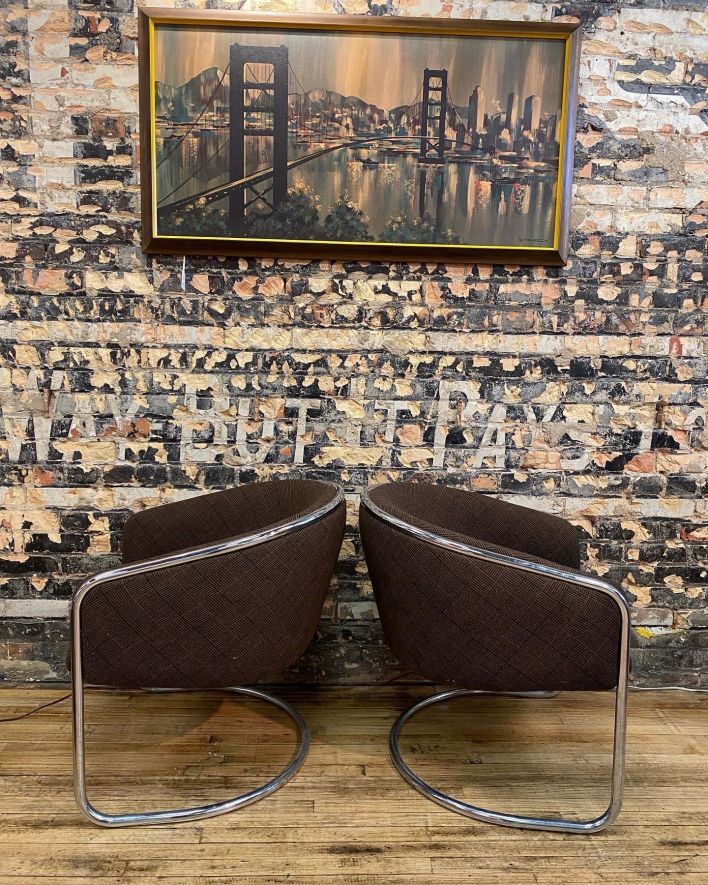 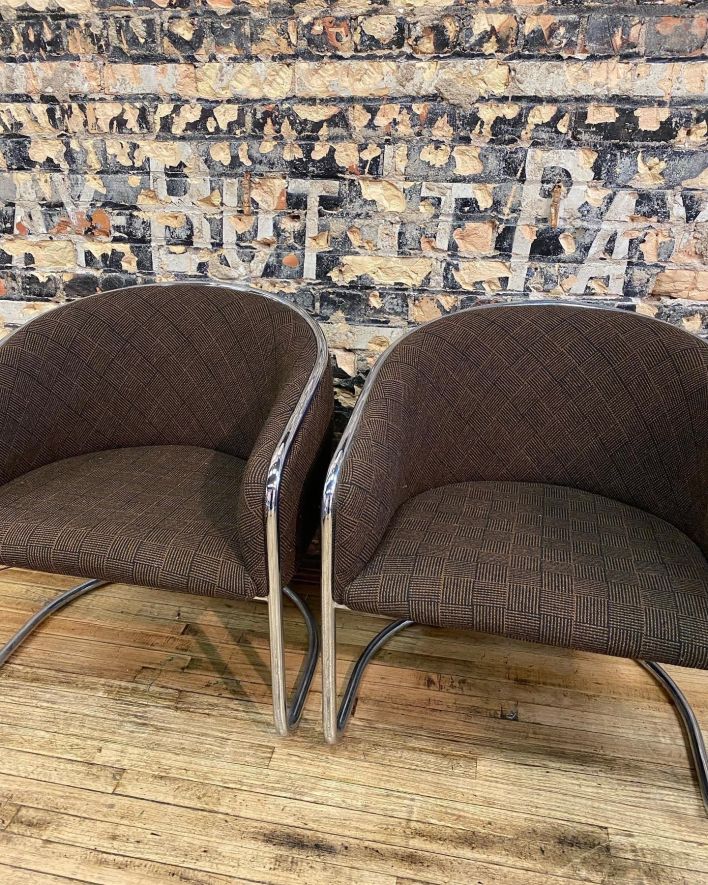 In 1925, Marcel Breuer became the first designer to construct furniture out of tubular steel – a step that would revolutionise modern living. By the late 1920s, a new industry had emerged that made the new tubular steel furniture accessible to an ever-growing consumer market. As one of the first to recognise the potential of this new type of furniture, Anton Lorenz played a key role in these developments and worked for several prominent manufacturers, including Standard Möbel, Desta and Thonet. Lorenz also proved so skilful in procuring patents and founding businesses that he soon gained a reputation as the »éminence grise« of tubular steel furniture, contributing to the success of this new genre with a global network of enterprises and contacts.